Ten-8 Fire and Safety will be participating as a Platinum Sponsor at the Georgia Fire Service Convention in Athens, Georgia on August 24th and 25th.

An exciting product line-up consisting of Pierce fire apparatus, Osage ambulances, MSA gear, and other fire equipment will be present in the booth. Attendees can stop by to meet with the Ten-8 team as well as factory representation from Pierce, Frontline Communications, and MSA. Stop by to learn more about Pierce Fire Apparatus, Braun Ambulances, Osage Ambulances,  Frontline Communications Command Vehicles and Skeeter Brush Trucks.

Apparatus in the booth:

Outside of the convention center, at the Foundry Pavilion, Pierce will be conducting demos using its 110’ Ascendant Platform! Pierce unveiled this industry marvel at FDIC in April and it is the first time it is appearing in the state of Georgia. Don’t miss the chance to see it! 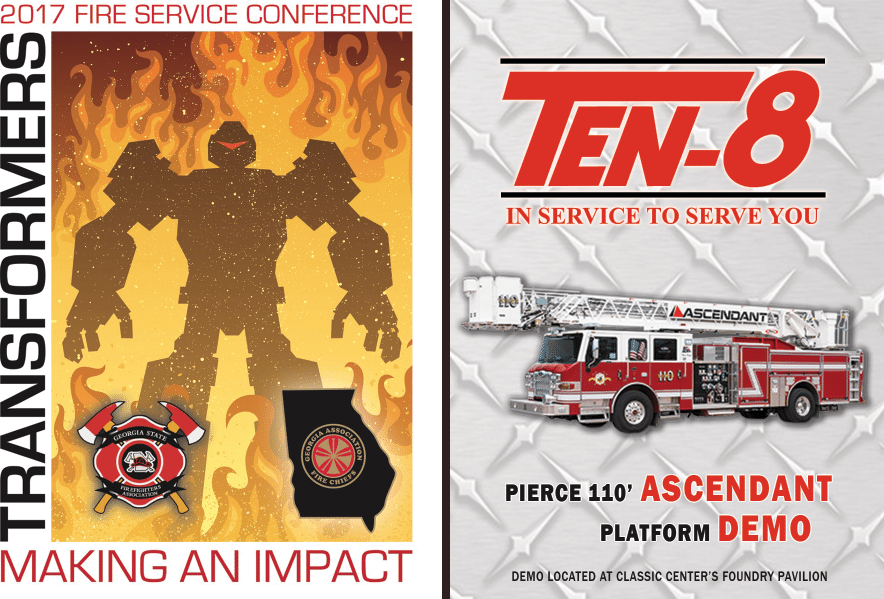 Ten-8 Fire and Safety is also giving away a Cairns Leather Fire Helmet! Enter to win by stopping by the booth and placing a business card in the drawing box.

See you at the Classic Center for an exciting show!